The Shakedown: HUD and Its Cronies 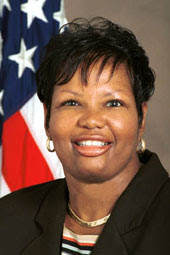 This is Kim Kendrick, a top deputy at HUD, and in her biography she boasts a rather mundane claim if you don't have the benefit of context.

Throughout her tenure as Assistant Secretary, HUD credits Ms.Kendrick with streamlining the complaint intake process, reducing the complaint process time, and obtaining significant relief in discrimination cases settled by HUD. Moreover, Ms. Kendrick has charged more Secretary-initiated investigations in
2007 than those launched in the past 10 years.

Now, if Kendrick has initiated more investigations in 2007 than the LAST 10 YEARS COMBINED, then one of two things is happening. Either her predecessors were very incompetent or her investigations go far beyond what HUD investigations should go.

Back in the past spring, Kendrick was embroiled in controversy when it was revealed that she along with Orlando Cabrera and HUD Secretary Alphonso Jackson were involved in an attempt to shakedown a Philadelphia housing official.

Sen. Arlen Specter turned up the heat under Housing and Urban Development Secretary Alphonso Jackson yesterday. He peppered him with questions about HUD's January 2007 decision to freeze more than $40 million for Philadelphia public
housing. "Take away all his federal dollars," replied Kim Kendrick, an assistant secretary for fair housing and equal opportunity, ending her message with a smiley icon.

"Let me look into that possibility," Cabrera typed back.

Later that day, the funding was suspended, a twist of timing that Specter said seemed "an extraordinary coincidence, if not causally connected."

Jackson said the language in the e-mails reflected the writers' general frustrations. Specter wasn't buying it.

"That's just too much of a coincidence," he said. "It all happens on the same day. These aren't collateral frustrations of something else. This is simultaneous. That kind of timing is very, very forceful evidence."

Jackson yesterday had been scheduled to present prepared remarks about his agency's general performance and priorities. His statement said he would take written questions. A grim-faced Specter, however, let him know there would
be more on the agenda.

Both Jackson and Cabrera eventually lost their posts as a result of this scandal but Kendrick stayed on. 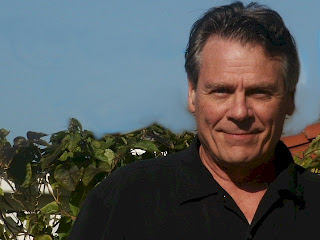 This is Dan Bader. He's a real estate professional in California. For about three years now he has been embroiled in a legal battle against his state and an independent "non profit" which counts among its responsibilities, identifying and investigating cases of real estate bias and discrimination.The whole thing started when Bader put this advertisement up on Craig's List. Here is the body of the ad.

small but very quaint 2 br apartment with office and private deck with view of Newport Harbor. Located just steps from the harbor with view of the ocean. Quiet, quant, secure and clean Shared laundry. Perfect for professionals...

Now, Bader couldn't have possibly imagined that this rather innocuous advertisement would eventually give him so much trouble. Within months, a state investigator had informed him that he was being investigated by California's Fair Housing and Employment Department for real estate discrimination. The justification was that the phrase "perfect for professionals" was exclusionary of those with children. The group that originally brought the complaint was an outfit known as Fair Housing Council of Orange County.
Within months, Bader was given an option to make the whole thing go away. He would pay the state a $4000 "donation" swear to silence as well as five years of continuing education at a facility sponsored by the FHCOC, and the investigation would stop. Bader is likely the exception not the rule and so he has fought this for now going on three years. In fact, at this point, he is now involved in a counter suit.
Yet, Bader tells me that three others have contacted him with similar stories. Of course, we'll never know just how much of a cottage industry this is. That's because the nature of the beast means that most cases go unreported. Such a shakedown involves silence on the part of the payee. This sort of shakedown is easy and it is very profitable. Why all one needs to do is go to a site like Craig's List and do a search in the real estate section of such words as professionals, single, couples, etc. and you're likely to find plenty of violations. Then, a group like FHCOC hands the case off to the state and let's an enterprising prosecutor do their dirty work. In the case of Bader, the prosecutor was Paul Ramsey. (of California's Department of Fair Housing and Employment) The best part from the view of a group like FHCOC is that $4000 is much less than the accused would spend on legal fees. Bader tells me his number is exponentially higher. Second, by securing silence such shakedowns never reach media like myself. You can shakedown millions of folks at happy profits all day long and do it all under the guise of being "a non profit."
Yet, it's likely that HUD is the biggest shakedown artist of them all. Of course, again, the nature of the beast says that we'll never know just how much of this they have done, but let's put Kendrick's bio into a new context. Only one accused individual would speak to me. Even they made me swear to keep their case as vague as possible. Here is the only way they would allow me to describe their current situaiton.
One real estate professional told me that he is being targeted by HUD for discrimination. He was never presented with an accuser, nor a specific accusation of discrimination, only "it has been alleged". He not only denied the allegation, but communicated that he had actually done a large portion of their business with those he allegedly discriminating against. Despite this, the entity has been "asked" by HUD for a several thousand dollar cash "donation" because of this "alleged" violation, even before HUD went forward with the full investigation of the COMPLAINT!! Worst of all, the initial correspondence was initiated on stationary by COMPLAINANT Kim Kendrick herself. Because the case continues in litigation, the entity has asked me to keep their name out
of the story. This individual did tell me that they received a letter similar to the one Bader received. Furthermore, the complaint only asks for a few thousand dollars, so why is the complaint letter coming from the office of the top deputy at HUD, Kim Kendrick.
To see how all of this comes full circle, Orlando Cabrera, after leaving HUD, became CEO of National Core. What is National Core? It is an outfit much like FHCOC that is also responsible for identifying and investigating real estate discrimination. In fact, HUD gives hundreds of thousands to hundreds of groups just like these two yearly so that they can aggressively investigate such cases. Here is just a quick sample...

When there is no discrimination to find, they simply create it out of whole cloth, just ask Dan Bader.
The tragic irony of all of this is that these shakedowns can be stopped cold turkey with one simple act, a cease and desist letter. If someone suspected of real estate discrimination is first told to stop their discriminatory advertising before and prosecution can occur, this sort of shakedown goes away. All that needs to happen is that a cease and desist letter must be mandated initially before any further action can be taken.
Posted by mike volpe at 8:03 PM