Posted by mike volpe at 5:47 AM No comments:

When Earning A Living Becomes Illegal

Livestream with Megan Fox: Interview with Liz Perkins of the Daily Express

Find Liz Perkins' archive here.
Posted by mike volpe at 4:59 AM No comments:

Posted by mike volpe at 6:20 PM No comments: 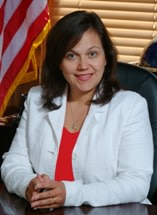 Things got confrontational between me and a judge in Monmouth County, New Jersey.

On April 26, 2021, at approximately 7:30AM Central Time, I attempted to listen in to the docket of
Monmouth County, (NJ) Judge Angela White Dalton. Instead, she threw me out of the virtual courtroom and suggested I had gotten access to the courtroom illegally.
I was actually attempting to watch a hearing later that day in a notorious Monmouth County divorce Bryan Alintoff Vs Rachell Alintoff.
It's notorious because it started in 2010 and it still isn't completed; in fact, the way things are going now, it won't be completed any time soon.
The hearing I wanted to attend was to hear an emergency motion filed by Bryan Alintoff to temporarily give him sole custody based on an audio recording I released onto YouTube. The audio is of the Alintoff son, who has autism, suggesting he wants to get a grenade to kill his dad.
Shortly after I emailed Bryan Alintoff on April 22, 2021, his attorney fired off an emergency motion blaming Rachel for releasing it.
Though motions like this normally take up to a month or more to be heard, Judge Dalton scheduled on an emergency basis for Monday morning April 26, 2021.
My confrontation with her earlier in the morning, I was told, was the subject of much of the hearing.
Rachel Alintoff, through her attorney Demetrios Stratis, filed a counter motion to have Judge Dalton dismissed. That motion is below.

The centerpiece of Alintoff's motion to recuse was behavior by Judge Dalton in a hearing on March 12, 2021.
The subject of that hearing was another emergency motion- this one brought by Rachel Alintoff- to temporarily switch custody to her after her son twice threatened to kill his dad.
In fact, the recording I released was also released into the record.
The hearing was noteworthy for repeated bizarre behavior by Judge Dalton. In one instance, Stratis attempted to make a technical argument involving the Americans With Disabilities Act, when Judge Dalton interjected and claimed she wasn't covered by the ADA. That is below.
Judge Dalton never interjected so rudely during any portion of Mr. Alintoff's presentation. Ironically, Judge Dalton ruled she would not interview the son anyway, making the entire argument moot.
Finally, she allowed Bryan Alintoff to speak but Rachel Alintoff; further, after it was clear that Mr. Alintoff was only testifying to speculation and insults, Judge Dalton, rather than ruling on the objection, meandered- opining on whatever appeared to be on her mind at the time- before finally shutting Mr. Alintoff down. That is below.
Judge Dalton also read into the record portions of an investigation- a portion which made Rachel Alintoff look bad- but this investigation is still ongoing and it is not clear what is in the rest of the report as Judge Dalton did not provide either of the parties a copy beforehand.
Rachel Alintoff further told me this according to a recording of Monmouth County NJ DCPP worker Tara McClelland

(r)eveals that Judge Dalton specifically subpoenaed a copy of Ms. McClelland illegally interviewing the child without a special needs evaluator in the room since the child has speech issues associated with his disabilities.  On another recording, Ms. McClelland promises the mother that she will not interview the autistic child without a special needs support person in the room and then not only a week later, ignored her promise and interviewed the child at the father’s home.   On April 26th motion hearing, Judge Dalton lied into the record and said that it was DCPP that voluntarily gave the unfinished report to the court.   It appears that Judge Dalton has been advocating for Bryan Alintoff from the bench and acting as his own person counsel.    Both are ethics violations and grounds for recusal.

New Jersey DCPP said they could not comment on specific cases but gave me this statement,

Judge Dalton denied Rachel's request for temporary custody and even ordered her to have more psychological testing. Alintoff called the tests unnecessary saying further, "The doctor’s report from Lenox Hill Hospital specifically states that no further tests are needed and yet Judge Dalton continues to dictate contradictory medical opinions from the bench with a strong emphasis to have Bryan Alintoff involved in the doctor’s appointments.
Here is the order.
After my confrontation, Judge Dalton then decided to deny both Rachel's motion have Judge Dalton dismissed and to also deny Bryan's motion for temporary sole custody.
April is Autism Awareness Month but Judge Dalton doesn't seem to be very aware. I also spoke with Michael Chaplin; he said he also has a son who is autistic. His divorce, also in Monmouth, is about as long as the Alintoff. He said when he was in front of Judge Dalton she treated his teenage son like he was three and it appeared to Chaplin that she mistook autism for mental retardation.
UPDATE:
Bryan Alintoff contacted me on May 6, 2021, and said this. I'm not aware of any gag order.
Mr. Volpe,
It has come to my attention that you posted confidential information about my son , a minor on the internet.
Judge Dalton issued a gag order on 4/26/21.  You posted your "article" on 4/30/21.  You are in violation of a Court Order.
Please take it down immediately.
Posted by mike volpe at 10:51 AM No comments:

Check out Samantha's book here.
Posted by mike volpe at 10:55 AM No comments: