Concerns for minorities remain regarding the census

The article is here.
Posted by mike volpe at 3:41 PM No comments:

This Celebrity Prosecutor Has A Perfect Record Of Convictions, And A History Of Withholding Evidence

The article is here.
Posted by mike volpe at 3:09 PM No comments:


David Rucki would like to shut Dede Evavold up for fifty years.

The latest request made by David Rucki of the Minnesota judiciary is a harassment order extension request which states in part, “Ordering the current Harassment Restraining Order, set to expire on July 28, 2019, be continued for period of 50 years,” stated a motion to extend harassment order filed by Lisa Elliott on behalf of David Rucki against Dede Evavold.

The motion follows a recent Minnesota Court of Appeals decision in the same matter.

What is most remarkable is that this whole dispute started over a blog post.

That is not merely me saying it but the Minnesota Court of Appeals, which upheld the harassment order about to expire.The opinion, filed on July 15, 2019, is below.It opinion is unpublished, meaning it can't generally be cited.

Opinion - Unpublished (4) by mikekvolpe on Scribd

Here is part of their facts of the case section, "On July 27, 2017, Respondents David Rucki and Samantha Rucki filed an affidavit signed by David Rucki and a petition for an HRO against Evavold on behalf of themselves and David Rucki's three minor children. Rucki's affidavit stated that Evavold engaged in 'online harassment' of his family 'by including false allegations, photos, and identifying information' in her blog. Rucki also averred that Evavold had posted 'information about my family, photos of my home, myself and other members of my family,' and 'ma[d]e allegations that are false but may incite others against me.'"

It continued, "Respondents filed an emergency motion in December 2017, asserting that a new post on Evavold’s blog violated the THRO. Among other things, the post stated that “David Rucki has falsely reported a crime” and included Rucki’s home address. In January 2018, the district court granted the emergency motion and ordered Evavold to remove the December blog post."

Stating further, "“Evavold filed a second motion to vacate the THRO in May 2018, arguing that the THRO was an ‘unconstitutional prior restraint’ and in violation of the First Amendment. In a written order, the district court denied Evavold’s motion to vacate and affirmed the THRO. Evavold appeals.”

That appeal was denied, as I noted.

The three judges who made the most recent Minnesota Court of Appeals decision are Diane Bratvold, Roger Kalaphake, and Kevin Ross. 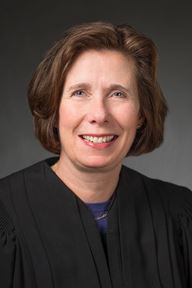 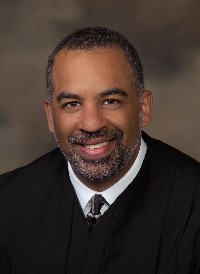 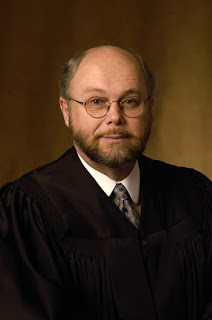 Worse yet, they apparently misused previous case law to do it.

In affirming the lower court, the Minnesota Court of Appeals relied on a case called Rew Vs. Bergstrom, but misused.

Their decision noted, “The HRO did not restrict Evavold from expressing her ideas in general—it restricted her from naming ‘any member of the Rucki Family’ in an ‘internet posting.’ In the context of an order for protection (OFP), the Minnesota Supreme Court held that a similar limited restriction on speech was not a prior restraint. See Rew v. Bergstrom, 84N.W.2d 764, 776-77 (Minn. 2014). In Rew, the supreme court upheld the constitutionality of an OFP that prevented appellant from communicating with his ex-wife and minor children.”

Except Rew, which also had a fifty year restraining order, dealt with direct contact, not contact by blogging, which is what this court trying to stop.

I also described some of the facts in the case in another blog post from  March 2018, shortly after she was jailed. Part of it is below.


“Ordering Respondent to immediately remove the entire post titled ‘Beaten Before Born: Sandra Grazzini-Rucki Assaulted While Pregnant – Rucki Wanted to Kill Baby Because ‘Wasn’t Perfect.’, dated December 18, 2017, from the Red Herring Alert Blog and /or any subsequent revisions to the post along with any reposts and/or posts to Facebook and Twitter, which is a direct violation of Minnesota Statue § 609.748, Sub.1a;” The motion stated.
Remarkably, the original blog in question was re-printed from another blog; the story originated on Justice for Grazzini-Rucki children, where it remains today.


The motion was still quickly granted and Evavold was ordered to remove the blog post immediately.


The motion was granted even though Rucki has had glowing coverage from local media and national media like 20/20 and it’s not clear how a blog would “harass” him as he alleged.


An email to his attorney, Lisa Elliott, was left unreturned.


The arrest warrant was initiated by Elliott who filed an affidavit in early March 2018: “Respondent has failed to comply with this Court’s March 1, 2018 Order. THEREFORE, IT IS HEREBY ORDERED: That the Dakota County Sheriff’s Department shall issue an arrest warrant immediately for the detention of the Respondent, Deirdre Elise Evavold, as outlined in its March 1, 2018 Order.”


Her request was quickly granted by a retired judge from Ramsey County, Kathleen Gearin, and an arrest warrant was issued on March 14, 2018; but Evavold, while free, said she was out of the state on a preplanned trip at the time the warrant was issued.


According to her neighbor, Evavold was picked up by a Stearns County Sheriff- Evavold lives in Stearns County- on Sunday March 18, 2018.


The Stearns County Sheriff, Don Gudmundson, said any potential violations of the 1st amendment must be taken up with the judge: “Mrs. Evavold can take those issues up with the Judge.  My lawful duty is in Court File 19AV-CV-17-1950 and Write of Attachment 19AV-CV-17-1950-1 which states 'Hold Without Bond.'”
According to Minnesota statute, her violation- contempt of court- is punishable by a maximum of $250 fine and six months in jail, but as Sheriff Gudmundson stated, she is still being held without bond per the order of the judge.

I also recently talked about this harassment order, as part of a pattern of 1st Amendment violations with Jim White on Northwest Liberty News. Elliott's motion asks for a court hearing to hear her argument. That will presumably come next.
Posted by mike volpe at 1:49 PM 1 comment: