The Integration of Fort Stockton 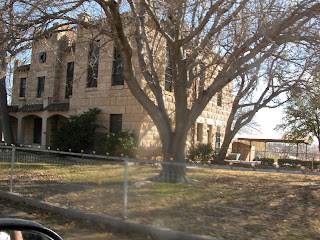 Introduction: I recently spent some time in West Texas. This is one of a few stories I will do that I found interesting on my travels there.
The area of land that is now Fort Stockton, Texas was originally settled by Native Americans. Throughout the fifteenth and sixteenth centuries explorers like LaSalle and Coronado travelled through this area of what is now West Texas. By the mid 1800's, the area was mostly settled by those of Mexican descent. Named after Robert Field Stockton, it was originally used by soldiers to protect settlers heading West from Indian tribes like to Comanches. In fact, several towns in this area of West Texas have Fort in their name and all of them were used for the same purpose. By the late 1860's, Fort Stockton became the home base of several of the regimen of the Buffalo Soldiers, a group of trailblazing black soldiers that became legendary out of the Civil War. 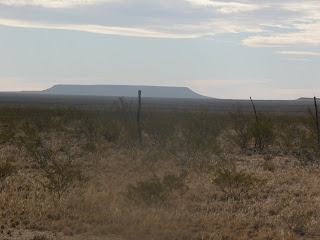 By the turn of the twentieth century, the demographics of Fort Stockton had evolved dramatically. By this point, a significant portion of Whites had settled in the town. By now, Whites accounted for about 70% of the town with Mexican Americans accounting for most of the rest. Fort Stockton also became a flash point for not only a bitter culture war, but a bitter battle over civil rights.
The town was essentially divided up into two. North of the railroad tracks was where the Whites lived. This was also the posh area of town. South of the railroad tracks was where the Hispanics lived and this was also the poor blue collar area. Furthermore, with no laws, the White population created their own brand of Jim Crow laws. Everything in the town became segregated: the restaurants, the movie theaters, and even the churches. They were segregated not because of specific laws but rather because the White population ran the town and that's how they wanted things.
Starting in about 1910, the Mexican/American community lead by Manuel Ramirez Gonzalez began a long and difficult trek toward civil rights in Fort Stockton. Gonzalez created the ultimate grass roots campaign long before that was in fashion. He did everything to draw attention to the injustice of the pseudo Jim Crow laws in Fort Stockton. Often, he would merely stop Whites on the street and challenge and question them on the injustice of separating the races. He also began organizing the Mexican/American community. By the 1930's, Mexican/Americans began running for local and regional offices. They would lose, and lose big, because the demographics were still not in their favor. Furthermore, the powers that be in Fort Stockton also instituted a poll tax of about a Dollar to vote. Much like all poll taxes, this was nothing more than a way to keep the poor minority, in this case the Mexican/Americans, from voting. The Whites, the aristocracy in Fort Stockton, had no trouble paying a Dollar to vote. Meanwhile, the poor working class in the Mexican/American community considered such a tax a burden. Furthermore, the Mexican/American community was largely uneducated and often illiterate. As such, many in the community weren't registered, didn't know how to vote, and often couldn't read the ballot. As such, Gonzalez had to organize efforts to get people registered, explain the voting process, and even have them understand which candidates were on the ballot.
The White population, on the other hand, often used standard operating procedures of all tyrannical classes. In the mid 1930's, the power structure in Fort Stockton came to Gonzalez and other Mexican/American leaders and offered to build them a brand new, state of the art, Catholic Church. Gonzales and other leaders refused. They refused to be bribed in order to look the other way. Gonzalez reasoned that a Catholic Church should welcome all people in the town and shouldn't be separated, no matter how nice it looked.
By the 1940's, Gonzalez' tactics became even more confrontational. His son, Abe, was of fairly light skin. Gonzalez would often send in his son into restaurants and movie theaters. Abe often wasn't recognized for his heritage and saw the White owners would serve this Mexican that looked as white as them. Once he brought his entire family to a movie. When the theater owner refused to let them sit on the bottom level. (the bottom level was reserved for Whites while the Mexicans sat in the balcony), Gonzalez took out a letter from the owner of the entire chain of theaters this particular one was a part of. The owner, from up North, wrote to Gonzalez and told him that anyone was welcome to sit anywhere in any of his theaters. The theater owner had to relent and one figurative wall was broken in the long struggle for integration in Fort Stockton.
Finally, the final straw came in the 1950's. The State Legislature of Texas passed a law that each municipality had to have legislature make ups that were representative of the demographic make up of the town. In other words, now Fort Stockton would have districts in which Mexicans were the majority. From then on, Mexicans finally had the political power necessary to finally end the segregation.
In the last fifty years, the demographic make up of the town has transformed again. Now, the Demographics have done another 180% reversal. Because of the Migration of Mexicans up North, the town is now about 70% Hispanic and only 30% White. The power structure is now dominated by Hispanics. Gonzalez work was not without its own fruits. A large stretch of land is named after his family. (Gonzalez Loop) 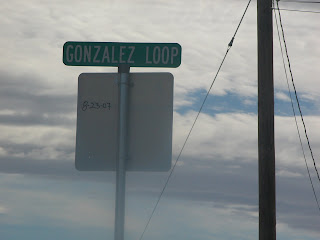 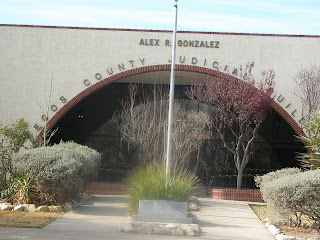 Finally, the most successful (and from my own experience most hospitable) restaurant in town is Mi Casita, owned by Gonzalez' grand daughter, Adonna. 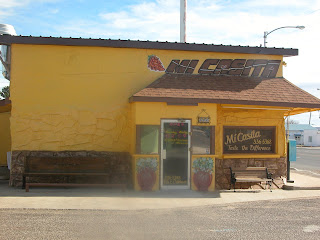 The struggle for equality and civil rights in Fort Stockton maybe in the past but reminders of its sacrifice can be seen all over Fort Stockton, if you know the story of how we got here.
Posted by mike volpe at 5:49 PM