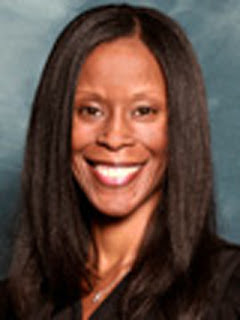 A California man said his family court story- now in its eighth year- has taught him not to trust even his own lawyers.

"They {the system} don't care about your kids." Sardi said.

Find the full interview below.

Sardi said he even paid for a private judge- on the advice of one of his attorneys- and this was supposed to speed up the process. Instead, the private judge took years to rule.
Sardi said the entire experience has been a struggle to be heard, to have his son heard, and to be provided civil rights and due process.
He said that it was his ex-wife who committed acts of domestic violence, but the courts quickly covered it up.
"Due to my ex-wife's frustration in giving orders and directions to my son- it was frustrating- so she ran her fingernails down the front of his face twice," Sardi said then described another incident, "She got frustrated with him and grabbed the nipple on his chest when I wasn't present. That's assault there."
Sardi said a totally different picture was painted in court, "Once we get into the courts, all that's forgotten. The wife is the victim. Not the child, and nothing is ever brought up about this incident}, and there was other abuse too. All this is  just pushed aside, never mentioned again by the court, and I am the perpetrator- the person causing all the mayhem in the family, and, and this is what goes on because they need to keep the trial going and the billing running."
Sardi said that not only was a false narrative of him being the problem painted but the case moved through the California courts painfully slowly.
He said he filed for divorce in January 2014, but the couple did not split assets until June 2016. Meanwhile, a final ruling on custody until January of 2017.
"That's a lot of money spent on legal fees and jockeying around." Sardi said.
Sardi said one attorney recommended to go to a private judge in a private court to speed up the process.
A California law firm described what a private judge is.

Private court is a euphemism commonly used to describe the practice of hiring private judges to rule over a California court case. A private judge in California acts very much like a public judge and will rule over property and asset division, custody, and support issues.

There are a few distinct differences between public and private courts.

Private judges in California have received some attention recently because Angelina Jolie and Brad Pitt have been using one.
The private judge they were using was recently disqualified after failing to disclose some business relationships he had with Brad Pitt's attorneys.
In Sardi's case, he said rather than streamlining the process, the private court only made things even more complicated.
He said rulings by the private judge stopped him from seeing his son at all, even though everyone was still living in the same home.
"I can't be in his room at nighttime," Sardi said, "I don't know where all this comes from. All of a sudden, everything is turning around against me."
Sardi said he advises people to stay away from private judges.
Sardi said his case eventually moved out of private judges and into the courtroom of Judge Tamara Hall.
Sardi described Judge Hall's rulings as arbitrary and capricious.
So, while she technically restored him to 50/50 custody, Sardi said the stipulations of her orders set him up to fail.
One paragraph in particular seems to have been put into the order to be weaponized against Sardi.
One of Judge Hall's orders is below.

Here is the pertinent portion, "Both parents are ordered to take {their son} to all of his tutoring classes, counseling sessions (with Ms. Rogers) and Physical educational during their respective custodial time. Failure to comply with result in Mother having primary care Monday through Friday and father having alternate weekends, Friday at 8pm — Sunday at 8pm."
That order, as it is written, means that if either parent violates this part of the order, Bill Sardi would be relegated to reduced custody time.
After Judge Hall left the case, Sardi was left to face Judge Rolf Treu.
Judge Treu, Sardi said, handed out draconian punishment for minor violations.
For instance, when, on one occasion, Sardi did not finish all his son's homework assignments, this was used to significantly reduce custody. Judge Treu's order is below.

Sardi then represented himself to try and overturn Treu's order.
He said he eventually first lost all contact with his son.
"I received a no contact order after I returned him two hours late." Sardi said.
He said he found California law which allows children to be heard in front of a judge if they are 14 and older.
"I filed what's called a 3042 application; it's a demand for my son to be heard before the judge, about what he wanted, which was both a father and a mother for significant time."
Finally, in January 2021, another judge, Judge Christine Byrd, restored Sardi's custody time back to 50/50, but he said the damage had been done.
He said his son refused to be homeschooled when Sardi was barred from seeing him and has fallen behind.
Sardi said a judge even acknowledged that the court was "taking a risk" with the court order- barring Sardi from contact- and that "he {Sardi's son} could rebel against the court order."
Sardi said he has several pieces of advice for people going through the same thing. Sardi said don't pay attorneys up front, don't trust private judges.
One of Sardi's attorney, Matthew Miller, provided this statement.

In general, and not specifically responsive to your inquiry about a particular individual, an attorney is bound by the ethical responsibilities outlined in the California Rules of Professional Conduct, and owe to each client a duty of loyalty and a duty of confidentiality. These duties define an attorney and their professional reputation; if an attorney were to violate those duties, in any way, and/or engage in actions that are contrary to their own client's interests (i.e. "work against" a client), from a legal standpoint, they would subject themselves to professional discipline from the California State Bar, and/or could subject themselves to disbarment. Neither myself personally, nor any attorney from our office have ever, nor would they ever engage in the types of behaviors that you have alleged in your correspondence. To take action or engage in any course of conduct that is contrary to a client's interests, in addition to being unethical, would be tantamount to professional suicide. While this office cannot respond further to your inquiry about any specific individual, certainly not without a signed written waiver authorizing that communication (as to do so would potentially violate the duty of loyalty and confidentiality referenced above), if you are truly interested in the objective facts alleged in any dissolution of marriage action, as well as the manner in which those facts were argued in court documents, as opposed to an individual's perception and/or their recollection thereof, you should take a look at the publically accessible court file.

"I would tell anybody going through divorce today, this is a criminal enterprise," Sardi said.
Post Script:
Check out the fundraiser which goes along with this article.
Posted by mike volpe at 7:57 AM