Zellweger's On the Bench: A Dime a Dozen 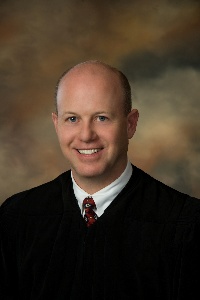 Many people were shocked when they heard Judge Nicole Zellweger listen to a fourteen year old tell her that she did not care that the fourteen year old was accusing her father of child molestation; she was determined to force the girl to live with this man.

While shocking, if you are of the impression that this behavior is unprecedented you have not been paying attention.
Judge Nicole Zellweger of St. Louis County is the latest in a long line of judges caught being abusive primarily toward children; many of them have common threads like the misuse of parental alienation often applied against females by other female judges.
Judge Rena Hughes
The most notorious case is arguably Judge Rena Hughes of Nevada. In the video below, Hughes berates a child about the same age as the fourteen year old, and when the girls cries, telling her she does not want to go with her father, Judge Hughes says tough, orders are orders.
Judge Hughes notes in the video that a marshal gave the woman an order to show cause to produce the girl in much the same way that Angela Freiner was ordered to produce her daughter in the hearing that is now notorious because of the leaked recording.
"Too bad," Judge Hughes states in the video to the girl begging to live with her mother, "When your mother left court, I told her if she didn't facilitate visits on weekends that you would spend the entire summer with him."
Hughes threatened to send the girl to Child Haven, a reform type school in Las Vegas.
In a similar manner, Judge Zellweger scolded Angela to her daughter, "I've done this before with mom. She did this too and we almost put her in jail for it." Judge Zellweger did put Angela in jail later in the same day of the hearing.
Judge Hughes was found by a local report to target mom, primarily determining that allegations of abuse by dad were instead parental alienation against dad.

Hughes' attorney, Bill Terry, says the judge had full authority to do what she did, citing a history of documented hearings regarding parental alienation. Terry says he and his client disagree with the commission's decision and may appeal it. A spokesperson for Family Court declined to comment.

Judge Zellweger also found that rather than abuse the Freiner case was that of parental alienation.
Judge Lisa Gorcyca
If Judge Rena Hughes is not the most notorious, that dubious honor goes to Judge Lisa Gorcyca of Oakland County, Michigan.
In 2015, Judge Gorcyca demanded that three Tsimhoni children go and have lunch with their father; when they refused, she sent them to Juvenile Hall.
"You need to do a research program on Charlie Manson and the cult that he has … You have bought yourself living in Children’s Village, going to the bathroom in public, and maybe summer school.” Judge Gorcyca said in the hearing.
After a firestorm, Judge Gorcyca sent the kids to a camp before forcing them into sole custody with their father, denying mom any contact for over six months.
Eventually, the Michigan Judicial Tenure Commission (MJTC) charged her with various violations of judicial canons, Judge Hughes was charged by Nevada's oversight body, and she recused herself from the case.
Custody was eventually switched back to mom and the three Tsimhoni kids were A students and universally loved when Judge Gorcyca made her custody switch.
In that case, their mom was accused of parental alienation against dad.
Judge David Knutson
While there are no recordings or even transcripts of Judge David Knutson's of Dakota County, Minnesota's greatest hits, two of the participants made audio recordings.
On September 5, 2012, Judge David Knutson held a telephonic conference. This unusual, non hearing, was to discuss a recent report submitted by a court appointed psychologist, Paul Reitman.
Reitman had spent less than thirty minutes with the mother and four of the five children, but he claimed to have a great handle on things.
“The children appear very depressed and browbeaten.” Reitman wrote in his report to the court. “Their mother appears out of touch and suffering from a personality disorder.”
That led to the telephonic conference, the transcript is below.

The telephonic conference led to this draconian order on September 7, 2012.

That order required the children's mother leave their home and rather than dad getting custody, custody was granted to his sister.
Somehow, four of the five children went to the local police station and wound up living with their maternal aunt instead, at least temporarily.
Then, in February 2013, having been cut off entirely from their mother, the judge held a hearing and allowed the children to speak.
Both the two oldest daughter of the Rucki's- Gianna and Samantha who are both now over 18- made recordings in which they described this interaction.
Samantha's recording
Gianna's recording
"Once we were done, Judge Knutson basically goes, well, you know, you said what you had to say, but that doesn't matter, that's not your decision to make." Samantha says of Judge Knutson in her audio.
Similarly, Judge Zellweger stated, "I understand you're not happy with the court's judgment but it's nevertheless the court's judgment."
Both Gianna and Samantha ran and lived on a horse farm for abused children for approximately two and a half years starting on April 19, 2013, rather than be forced to live with their father, who they graphically describe as abusive in their audios.
The Rucki case is arguably the most notorious case of a mom accused of parental alienation; though David Rucki, the dad, has been accused of sticking a gun to his son's head, choking his daughter, ripping off an organ leg and choking his wife, along with threatening to kill his family and leaving six gun shots, one for his dad and five children, on his daughter's cell phone voice mail, but the court claimed there was no credible evidence of abuse.
Criminal Court
Judge George Gallagher
Judge George Gallagher  of Tarrant County, Texas earned some notoriety when he used electroshock on a defendant, he felt was not cooperative.
Here is more from a local story.

A Texas judge had a defendant electrically shocked three times during trial for not following courtroom etiquette.

Judge George Gallagher of Tarrant County ordered a bailiff to use a stun belt, legally used to deliver thousands of volts of electric shock on violent or escaping defendants in Texas, on a sex offender who failed to answer questions properly, the Fort Worth Star-Telegram reports.

During the 2014 trial, defendant Terry Lee Morris wasn't violent and didn't show signs of running away, the Star-Telegram reports, but still endured 50,000-volt shocks. He was convicted of soliciting sexual acts from a 15-year-old girl.

Broward County Circuit Court Judge Merrilee Erlich scolded Sandra Faye Twiggs, 59, in 2018. Twiggs was chronically ill and attempt to explain why she was having trouble responding.

Judge Jerri Collins
Judge Collins, of Seminole County, Florida, quickly became notorious when video of her berating a domestic violence victim went viral.
Judge Collins was unhappy that the victim was unwilling to testify at a subsequent trial of her alleged abuser. Here is more from the Tampa Bay Times

Last year, a domestic-violence victim failed to appear and testify at her alleged abuser's trial.

A Florida judge's response was to ignore the victim's tearful pleas, hold her in contempt of court and send her to jail.

Earlier this week, Seminole County Judge Jerri Collins found herself on the opposite side of the bench as she received her own harsh scolding from Florida's chief justice.

Civil Court
Judge J. Anthony Miller
The last entry is Judge J Anthony Miller of Tulsa, Oklahoma.
Not only did Judge Miller manage to turn a six month marriage, with nothing more than a house in New Hampshire, into a five plus year divorce, but he helped cause a woman's panic attack, refused to stop the hearing even though she was having a panic attack. After opposing counsel tried to negotiate during the panic attack, Judge J Anthony Miller ordered the panic attacked litigant back in the courtroom under threat of subpoena.
When the litigant told him that she'd taken a drug which would come her nerves but would effectively knock her out, this was stricken from the record, the trial continued and he awarded the house in New Hampshire to her ex-husband.
Find the story, including the shocking audio, here.
Posted by mike volpe at 10:55 AM