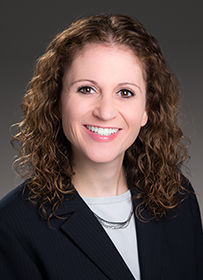 In this case, the intensity is being ratcheted up by St. Louis County Judge Nicole Zellweger.

In a shocking audio, she tells a 14 year old she doesn't care or believe her claims that her father is molesting her, and insists the 14 year old go live with him. Though the audio is not always clear, it is clear starting at three to six minutes when the most damning portion occurs.

(Please also check out Megan Fox's coverage of this case on PJ Media.)
"I understand you're not happy with the court's judgment," Judge Zellweger states. "We can do this the easy way or we can do this the hard way."
Judge Zellweger also threatened to find her mother, Angela Freiner, guilty of criminal contempt if the girl does not follow the judge's order to go live with her father.
"Nobody knows my emotions the way I do," the girl responds, "No, you don't understand, if you understood, you wouldn't force me to go with a child molester."
At that point, an unidentified- at approximately 3:55 of the audio- male voice interrupts.
At this point, Judge Zellweger thought it appropriate to explain the court process to a child, "the court heard evidence," she states, "The evidence that the court heard and the court made a determination. There is now a motion to modify, so this case is not done. I thought I would be done with your family when I made my decision to modify."
Judge Zellweger is referring to the document below, a biased and one sided ruling in which Angela's faults were scrutinized while her exes faults were ignored.

The girl was not done, she stated later, “I still don’t understand...I told you that he was touching me [unintelligible] and you’re still going to make me go with him?”
The judge claimed the court found no evidence. Judge Zellweger had switched custody and she was demanding the girl follow her orders and give live with her father.
Megan Fox described what happened at the hearing following the exchange in the audio.

(i)n response to the child’s heartfelt pleas to stay with her mother, Zellweger made good on her threat to arrest Freiner. She was held in criminal contempt and jailed for two days. Then sources told PJ Media Zellweger called the county juvenile detention and had the child committed to the behavioral center at the Children’s Hospital of St. Louis in retaliation for the refusal to obey. Upon her arrival at the hospital, sources say the child immediately informed the doctors that she experienced sexual abuse. As doctors are mandated reporters, that disclosure should have triggered a hotline call to the St. Louis County abuse hotline. If the doctors did their job, Zellweger now has two reports on her desk saying that the man she has ordered to have physical custody of the minor should be investigated for child sexual abuse.

I have previously covered this case; find it here.
The mother, Angela Freiner, has already spent two days in jail because the girl refuses to follow Judge's order.
The judge is now threatening to jail her again.
The judge's behavior in this case, along with that of the Guardian ad litem (GAL), follows in line with the dogmatic approach that many court actors have towards parental alienation.
As I reported in the previous article, the GAL, Venus Jackson, argued that the mother was alienating the father, "Mother has repeatedly violated the Court’s orders she failed to do drug drops, has interfered with custody exchanges, the Court had to threaten jail time just so she would comply. Mother has not encouraged the child to speak to her Father, I do believe that she has actively alienated the daughter towards her Father."
The judge echoed this sentiment in her decision, "The Court finds that there has been a substantial change in circumstances which require a modification of the Judgment. Some of the substantial and continuous changes include, but are not limited to, Petitioner’s disregard of the custody schedule, Petitioner’s {Freiner} drug use, Petitioner’s poor judgment related to parenting the Child (including leaving the Child with a family friend for an extended period of time when Petitioner went out of State), Petitioner’s failure to consult with Respondent {Freiner's ex} on legal decisions, and Petitioner’s overt acts intended to harm the Child’s relationship with Respondent."
As with other dogma, both Zellweger and Jackson ignore any evidence which may challenge their belief that mother is poisoning the relationship between child and father.
For instance, Jackson made this dual and remarkable claim in her report, "Mother alleges Domestic Violence, but did not present any evidence of said violence...Father does have disorderly conduct for an incident that occurred at his home."
Imagine claiming that a criminal conviction for a domestic incident is not even evidence of abuse.
Megan Fox found even more.

#JudgeNicoleZellweger gave custody of a child to a man on probation for domestic abuse who also took her to a level 3 sex offender's house and stayed there overnight for a week. Child alleges sex abuse by dad. Zellweger knew this. She did it anyway. #StLouisCounty pic.twitter.com/1e4QkHRM7s

Yes, this man, who the court claims is being alienated, had his daughter stay with him and his father: his father being a convicted sex offender who is not allowed to be near his granddaughter.
Fox also found that Freiner's ex was abusive to his step-daughter, "Petitioner and the GAL asked questions of Respondent about his past/current criminal convictions. Respondent testified that he is on probation until July of 2021 for disorderly conduct related to a domestic/family dispute that involved his wife and his step-daughter…Respondent testified that he has a temper and that there have been arguments at his house, although he testified that things have improved and he is working … on this issue. These facts trouble the Court greatly, but the Court finds Respondent credible in his testimony that he is working on his anger issues."
In this audio, Jackson tells the judge that the girl has reported to Jackson her father's abuse.
Dogmatic parental alienation proponents are often forced to ignore, downplay, and even hide evidence of physical and sexual abuse by the parent they claim is targeted for alienation, because, of course, if they are abusive, an alienation claim is not supposed to be valid.
Any transgressions by the dad were dismissed as insignificant while playing up Freiner's purported marijuana use and her supposed interference with the father's relationship with his daughter.
It appears that the judge and the GAL committed several acts of misconduct to reach this decision.
A motion filed by Freiner in late 2020, accused both of several acts of misconduct.
Namely, Jackson refused to testify and only submitted her report after the trial on modification which brought this decision was done.
Here is the motion below.

Motion for Rehearing- (1) by mikekvolpe

Among the other allegations made, the motion alleged that Judge Zellweger misinterpreted Angela Freiner, and claimed that Freiner intended to move from St. Louis County.
She did not and still lives there, unlike her ex who had already moved out of state; indeed, it appears a St. Louis County judge thinks that a child moving to another state is "in the child's best interest."
Though the child's primary residence will now be in another state, Judge Zellweger has not asked for jurisdiction to be moved.
Here is more from the motion, "Several times in the Judgment (e.g. paragraph 8) the Court stated that during the course of the trial, that Petitioner stated she “would not” submit to a drug test. This is not strictly accurate. Petitioner testified that she “could not” submit to a drug test because she could not afford it at the time...The Court relies heavily (e.g. paragraph 33) upon it’s contention that Petitioner texted with the minor child immediately after the child gave testimony, in violation of the Court’s instructions to the parties to not contact the child after her testimony. The Judgment fails to note that Respondent also not only communicated with the child after his testimony, but took her out for lunch on the day of trial and talked to her about her testimony. This discrepancy was raised to the Court, but is not reflected in the Judgment,,,The Court also relied on testimony from Respondent that he needed to involve the police during one of his visits during the course of litigation. The Judgment completely ignores Petitioner’s explanation of that event. Specifically, that Respondent came early for his visit in the early morning hours while the child and Petitioner were still sleeping, knocked one time, and left to fetch the police before Petitioner could get up and be ready to see who was there. This strongly indicates a “set-up” by Respondent."
Judge Zellweger appears to have responded to the release of the shocking audio of her ignoring a child's plea that she will be molested if sent to her father, with the same draconian behavior she has been exhibiting on this case.
I released the audio on February 22, 2021; I sent an email to Judge Zellweger that morning.
By February 23, 2021, the next day, the Judge filed an order without being prompted, "On the court's own motion, the Court gives notice to the parties," Judge Zellweger began.
This is called sua sponte, when a judge files something on their own; it's supposed to be rare; and I have found that it is often part of a coverup.
In the Rucki case, the Judge, David Knutson, filed an order, sua sponte, forbidding the release of transcripts of a meeting he had with the five Rucki children in his chambers; that's because they each detailed abuse against their father and Judge Knutson was insisting they all live with their father, who Judge Knutson believed was being alienated.
In this case, Judge Zellweger is demanding that all recordings of court proceedings, including the one at the top, be destroyed.
"Based on the above, it is the Court’s intent to enter an Order prohibiting the parties and/or counsel from recording any Court proceedings, posting any previouslyrecorded Court proceedings on the internet or otherwise, disseminating any previouslyrecorded Court proceedings," Judge Zellweger sated in her February 23, 2021, order.
Judge Zellweger scheduled for this order to be heard at a previously scheduled hearing on Friday February 26, 2021; I attempted to listen in through the Zoom link provided. I was thwarted, though a later Zellweger hearing was broadcast on that link.

According to the order, Freiner has until March 3 to remove all recordings from anywhere on the internet, or potentially face up to six months in jail.

Judge Zellweger, Ms. Jackson, and the Missouri Courts public affairs officer, Christine Bertelson, all did not respond to emails for comment.

Please find my previous articles on St. Louis County: Article 1, Article 2, and Article 3. Also, please check out the crowdfunding campaign if you want to contribute to help create more articles like this.

What is wrong with that judge? She should be fired. It's like she wants those children to be abused. I have seen this kind of thing before. A parents rights should not Trump the children's right to safety. This is outrageous.

I'm not in MO, have downloaded the audio the judge is insisting be destroyed and am willing to re-upload it to alt tech sites and troll the hell out of this judge.