Minnesota courts appear to be trying to destroy documents in the Rucki case.

The official explanation given to me and others is that this is routine.

The court claims that this is routine and in fact, the case has been closed.

The problem is that, according to court rules, documents from dissolution of marriages are to never be destroyed. 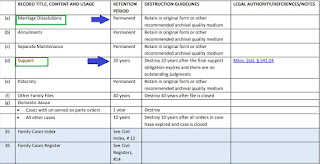 The Rucki divorce is now considered closed, but according to the court clerk, a new motion will open it up again, so it's not clear how and why it was closed besides that there are currently no motions outstanding.

Register of Actions 2019 by mikekvolpe on Scribd
Meanwhile, in the lawsuit filed by David Rucki, State Farm, where Dede Evavold has her homeowner's insurance, continues to insist on deposing their own clients. Check out their filing below.

Deirdre Evavold Letter by mikekvolpe on Scribd
Interestingly, and I'm sure coincidentally, Lisa Elliott, David Rucki's attorney sent nearly the identical letter within an hour after the lawyers for State Farm.

Depo Notice of Darin AMENDE... by mikekvolpe on Scribd
In each case, there is a separate deposition notice for Darrin Evavold, Dede Evavold's husband, even though he isn't being sued.

More on the lawsuit filed by David Rucki against Evavold and others can be found here.

The last time I spoke with LeHoan Pham, one of the attorneys who represent State Farm, he insisted that he represents State Farm, not David Rucki, so it's interesting how much their interests match.

Abrams Correspondence by mikekvolpe on Scribd
Here is part of it, "I have had to fight a two front war by litigating coverage issues as well as the underlying lawsuit," it's not exactly what Aaron Rodgers claims State Farm does.

I'd like to ask Mr. Pham and Mr. Koebele, his boss, about this but both of them blocked my emails.

I notice a pattern here. For instance, here is Elizabeth Vargas and Brandon Stahl, of the Minneapolis Star Tribune, blocking me on Twitter. 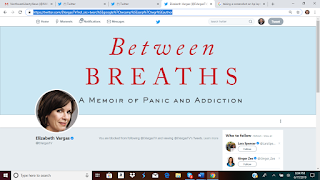 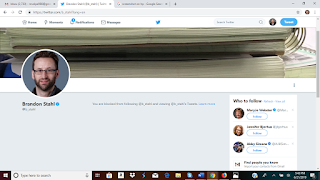 Here is Jeff Long, Lakeville, Minnesota blocking me from having any contact with that police department. David Rucki lives in Lakeville.

It's almost like everyone, when confronted with the fact that they are running interference for the monster, David Rucki, don't want to be reminded of their corruption.

Here is more on what they are hiding.

Druck i Police Reports by mikekvolpe on Scribd
I did ask Benjamin Palmer, a public affairs officer at State Farm, about the curious legal strategy employed by the firm State Farm hired but he has thus far ignored all my emails.

For more on the lawsuit, check out the video below. I speak about it in the last twenty minutes.