That is a letter from Kevin Long to then District Judge Ann Burke. This letter is dated August 31, 2000. The same Kevin Long has become notorious in the city of Chicago in the last couple weeks. First, he was arrested with four specialty knives at the Richard J. Daley Center.

Northwest Side man listed as a potential threat to judges tried to enter the Daley Center with four hunting knives he had just purchased, according to the Cook County sheriff's office.

Kevin J. Long, 48, of the 4500 block of North Milwaukee Avenue, walked into the building Tuesday afternoon and passed through a metal detector while his bag was sent through an X-ray machine.

Long had eighteen arrests and ten convictions since 2000, including all sorts of police problems by the time he wrote Judge Burke that letter. As such, U.S. Marshalls raided his home and found things that were absolutely frightening.

A man who was arrested last week after attempting to bring knives into the Daley Center faces further charges after the Cook County sheriff's officers and agents from the U.S. Marshal's office found 1,600 knives and five guns in his Northwest Side home.

Kevin J. Long, 48, of the 4500 block of North Milwaukee Avenue, allegedly attempted to bring four knives into the Daley Center on March 16, according to the Chicago Tribune.

Long is on a judicial threat watch list, and is a convicted felon who has been arrested 18 times since 2000, according to a release from the Cook County Sheriff's office.

In fact, the knives that Long was carrying are designed strictly to avoid detection. As a result, this lead Sun Times gossip columnist Michael S 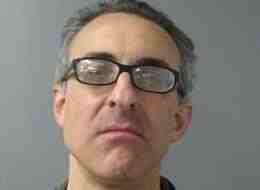 need to speculate that Alderman Ed Burke would be introducing an ordinance in response.

Arrest 'em: The proposed ordinance stems from the recent arrest of felon Kevin J. Long, 48, who attempted to bring four knives into the Daley Center last week. It prefaced a raid on Long's Northwest Side home by Cook County sheriff's police and U.S. marshals, where the knife cache was found.

Alderman Ed Burke is not merely chair of the Finance Committee and generally considered one of the most powerful Aldermen in the city, he's also the husband of Justice Ann Burke. That's the same Justice Burke that received the correspondence that opened the piece. Now, Burke's office had no comment about the item. As for the letter, the office only wanted questions submitted in writing and none have been answered yet. It's unclear if Burke knows about his wife's previous involvement in the case.

That letter summarizes a conversation that Long had with Burke. In that conversation, Long accuses a third party, Emery Joe Yost, of trying to recruit Long to help Yost cheat on a Master's Thesis paper. At the time, Justice Burke was Yost's mentor at Depaul University for said master's class. In fact, the President of Depaul and the Dean of the college (Yost was getting his master's at the school of new learning) were carbon copied on this letter. About two weeks prior to that, it was Yost that had Long arrested after Long flashed a bunch of kids on a playground. Soon after this letter, Justice Burke dropped Yost as a mentor over "unrelated" issues. Yost soon graduated with another mentor and the charges by Long were, according to a source familiar with the situation,...

thoroughly vetted and found to be untrue

Justice Burke has yet to respond for comment. Alderman Burke's office asked for written questions and haven't responded yet. Meanwhile, then President of DePaul Father Joe Minogue has since retired. Representatives of DePaul said that the letter was almost a decade old and had no further comment.

What's going on? There's more much more. The whole entire story is coming. Everyone stay tuned.

Kevin Long will be arraigned on April 7th.

I'm not sure the intent of your post...is it to show what a nutcase Kevin Long is or to skewer Mr. Yost? What you left out here is that Long, but his letter, caused a full investigation in which Yost was found to have not engaged in any misconduct regarding his thesis. This was one of Long's "revenge tactics" after Yost reported his public indency at the park where Yost worked. And it's just the tip of the iceberg. I hope this post was intended to convey the former of the two options above. For more of Long's antics, see http://lawblog.jpmlaw.net/2010/03/23/a-profile-in-courage-a-kevin-jay-long-story.aspx

Given what we know about Long, we can all assume that his words are suspect. So, I don't think this was meant to skewer Yost. It's meant to connect Long to some powerful people.