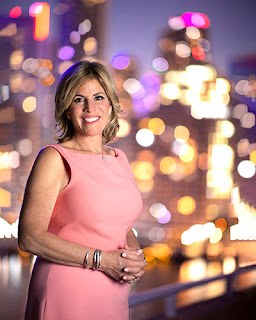 (Dori Morales, from the Florida Bar)

There appears to be a ring operating out of the Miami-Dade family court and I will be investigating.

This will be an in-depth and multifaceted investigation, but I recently introduced it in the previous livestream starting thirty two minutes in.

So far, I'm focusing on two cases: involving Eric Satin and Gabe Shapiro.
Both involve a child visit supervisor named Agata Curbelo.
Curbelo produced an affidavit in Satin's case alleging that her then employer, Family Crossroad Solutions Incorporated (FCSI), was engaging in a scheme to target Satin. Here is part of her affidavit.
"Unfortunately, my experiences with Mr. Satin was similar to my experiences supervising other fathers with ongoing custody disputes in Miami-Dade. In Mr. Satin's case, it became obvious to me that FCS was working with the court appointed guardian ad litem, Cindi Kamen, in an attempt to falsely portray Mr. Satin as an incompetent father based on false allegations of mental health issues and/or abuse. I received pressure from FCS president, Karen Sanchez, to include information in Mr. Satin's report to falsely portray him in a negative light to the court. I have seen this happen whereby a guardian ad litem works with FCS to inappropriately influence reports for the purpose of improperly impacting custody rights in favor of the other parent."
Satin said that his ex-wife engaged in several attempts to paint him with false allegations of abuse. For instance in this body-cam footage below, starting at approximately 8:30, she is caught in several lies.
In the video, she claims that Eric pushed and her and she feel to the ground, but then an officer says, "wait, you said you never fell to the ground."
She later claimed to have an injury on her arm, despite earlier refusing to have cops look for injuries on her arm.
A couple months after this, his ex-wife refused to come on Satin's property for a custody exchange, even though the police thought it was a good idea.
Satin said the false allegations continued until the court settled on a charge that he coached his daughter to say that her mother and her mother's family was coaching her to make false allegations against him.
This, Satin said, came shortly after his daughter disclosed to him yet another scheme to try and tag him with child molestation charges.
Satin said that the GAL recommended Dr. Edward Sczechowicz, who wrote bogus evaluations to assist the guardian and ex-wife to continue  keeping him separated from his children.
Satin said that FCSI and Sczechowicz are part of his case and the other case, involving Gabriel Shapiro.
Jordan Abramowitz is also involved in both cases; he represents Satin's ex, while previously representing Gabe Shapiro.
Abramovitz, as I mentioned in the livestream, is a jack of all trades in these schemes; willing to be the bulldog or to lie down for the cause.
In Shapiro's case, he chose to lie down.
After the livestream, I spoke with Leslie Ferderigos, Shapiro's current attorney. She also recently began representing Eric Satin and said she has now several cases in Miami-Dade, where the same people keep coming up, particularly Abramowitz and Sczechowicz.
In Shapiro's case, the parties settled in 2020, with each getting 50/50, but, Ferderigos told me, Shapiro's ex quickly began filing motions to modify the custody.
During this period, Shapiro said his son disclosed sexual abuse which allegedly occurred while in his mother's care and he filed his own countermotions.
Ferderigos told me that Shapiro has been hamstrung by two stipulations which his ex-wife hammered out with his then lawyer, Jordan Abramowitz.
She said that Abramowitz presented to Shapiro that these were temporary orders to be in effect while the abuse was investigated.
Instead, they've been used to keep him from both his children for months now.
Shapiro said his case involves one of the leaders of this ring, Dori Morales, who represents Shapiro's ex and is the outgoing president of the Florida Bar.
Not only has Morales secured these rulings, effectively giving her client sole custody, while controlling the future of the case, but she has also repeatedly won fees.
Most recently, earlier this week Gabe Shapiro was ordered to pay her fees, she charges $700 per hour, even though his ex-wife saw over $1 million from her initial property settlement. That order is below.

Attorney Fees by mikekvolpe on Scribd

Agato was also the supervisor in Gabe's case and an incident in which she was berated by several members of the FCSI brass was secretly recorded. That's below.
When Agato said "He's the father," referring to Gabe, one of her supervisors responded, "right there, your statement right there is absolutely out of order."
The berating goes on for about a half hour.
Posted by mike volpe at 4:12 AM