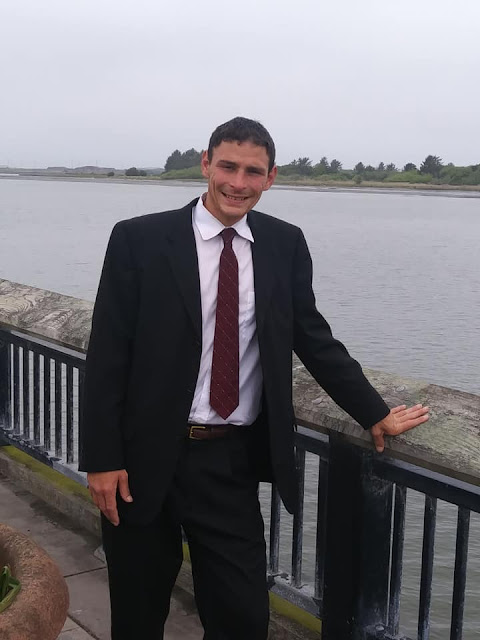 A California man says he three-year-old son was taken haphazardly by local Child Protective Services (CPS), and now, his son may be abused in foster care.

John Barton said his three-year-old son was taken by Child and Welfare Services (CWS) in Humboldt County, California, on July 31, 2020.

Barton and his wife are both products of foster care when they were growing up, and he told me he thinks that does make him a target when dealing with CWS.

He said at a recent supervised visit after his son was taken, he noticed bruises. Barton shared two photos; one is too graphic while the other is below. 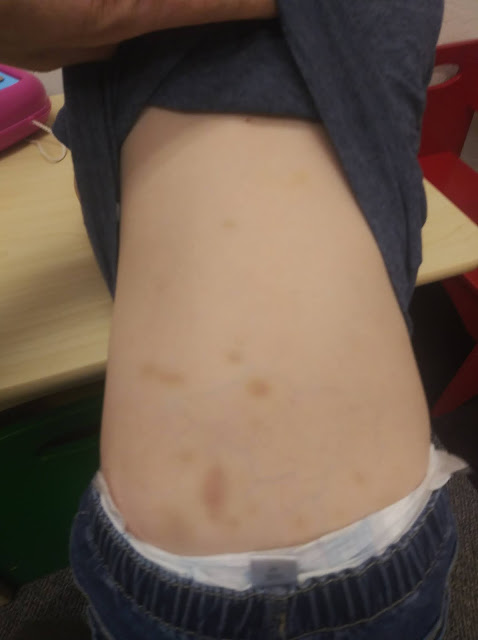 Barton said his wife is an alcoholic and he called CWS in July for help getting her into treatment, but this set off a chain of events, and he believes his son is being abused in his foster home.

Barton noted that while he has been homeless, and he constantly struggles with housing, this was not a reason given for taking his son.

“In California all you need is an umbrella for the rain. But they cannot take your children for homelessness,” he said in an email.

However, in this case, CWS certainly suggests his homelessness is part of a pattern of abuse and neglect.

According to the warrant which Humboldt CWS filed, both Barton and his wife were mentally unstable and a danger to their son.

“The Department is concerned the parents are using substances, have mental health issues, and are engaging in domestic violence in front of {their child}. There is also concerns that {their child} and the parents are living in unhealthy conditions,” the warrant seeking Barton’s son’s removal stated.

According to the warrant, in December 2019, there was a referral for physical abuse, and the family was kicked out of housing because Barton’s wife’s alcohol problem.

“On or about 12/16/2019, Child Welfare Services received a referral of physical abuse and emotional abuse of {Barton’s son} by his mother and father,” the warrant stated, “the mother stated the family had been kicked out of PACT housing and their friends put them in a hotel for the evening.”

Barton said the only involvement CWS had at the time with his family was when he needed housing after they got kicked out of this low-income housing program, PACT.

He said CWS helped with temporary housing, but he thought the matter was closed after that.

The social worker in charge tracked down the director of a homeless mission where Barton and his wife were staying in January.

The warrant now states that Barton and his wife fled California to escape the burgeoning investigation, but the investigation stopped and did not start again until May.

Barton told me they did not flea but that COVID made housing in California impossible and they needed to go to another state for a while.

In May, Humboldt CWS again investigated the family again.

“On or about 5/15/2020, the Butte Interagency Narcotic Task Force had a referral alleging general neglect of {Barton’s son} by his mother and father.” The warrant stated. “The referral alleged the parents and {their son} were seen at the emergency room in Butte County for bed bugs. {Their son} had bite marks and some scratches. {Their son} was clean.”

Barton told me they did go to the emergency room in May for bed bugs which were found in the housing they were staying at the time; they have since moved into another hotel.

It appears that this report was later determined unfounded.

“It was noted on the referral that the family did not have any substantiated referrals and the 5/15/2020 referral was evaluated out,” the warrant stated.

In July, Barton told me, his wife’s drinking became uncontrollable. He initiated a phone call, he told me, on July 23, 2020, to CWS to get her into treatment.

The warrant says something similar, “The father expressed wanting to have the mother at Waterfront Recovery Services but did not have a plan for that and it is unknown if the mother was in agreement.”

Barton’s wife has since entered treatment.

But the warrant said more, “On or about 7/23/2020, CWS received a referral of emotional abuse of {Barton’s son} by his mother and father.”

There are reasons to be skeptical of this narrative.

I spoke with a staffer at the Motel 8 where Barton and his wife were staying when this referral was made and the staffer painted a much different picture, saying much of the information was misleading or lies.

“He showed me somethings in the report stating that the Motel 8 had called them- the social workers- to tell them they were leaving their child alone for long periods of time, and that’s completely untrue,” the staffer said, “We will call social workers if we see something like that. We never saw anything like that.”

“I never saw that kid unattended,” the staffer also stated.

But the staffer said none of this is true, “One time, I got a complaint that they were arguing, and the guest called the police, but that’s the only one that I know of. They would argue sometimes- but people argue.”

“It’s a couple with a young kid,” the staffer noted, “they argue like normal.”

The warrant even suggested that Barton and his wife refused to wear a mask for COVID, “Motel staff was concerned about COVID and them not following COVID precautions.”

The staffer said this too was blow out of proportion. Initially, they were not wearing a mask but after being warned, they have worn one since.

The warrant also suggested that Barton and his wife were unreasonably dirty, “Motel staff that the sheets that they were unable to wash the sheets and had to throw away the sheets. The living environment was filthy and dirty, and the motel staff had concerns about the living conditions inside the room.”

The staffer noted this was very misleading.
“We had to toss the sheets. All we did was tell them to try and maintain more cleanliness. But it’s because when they checked in- obviously they were staying with the county- so I was assuming they were homeless before, because all the people that the county pays for to stay with us are homeless, so obviously, they’re dirty.”

But the staffer noted that this was immediately fixed, and the sheets were clean going forward, “That was in the beginning. That was it.”

The warrant also noted that John Barton became belligerent when his son was taken.

He said, “fuck law enforcement” and “the father began raising his voice while holding {their son}, telling the mother, ‘I told you not to fucking talk,” according to the warrant.

Barton provided video footage from the motel and it shows him leaving before their son was taken.

He denies doing any of the inflammatory things in the warrant, like saying “fuck law enforcement.”

“Thank you for your inquiry, but we cannot answer questions about cases involving juveniles due to confidentiality,” stated Christine Messinger, from the California Department of Health and Human Services.

However, Barton told me that a subsequent hearing, only days after my query, he was warned in court that speaking to the press could lead to sanctions.

He said he is being punished for taking proactive steps to treat his wife’s alcoholism.

If you believe there should be more articles like this, please support a new endeavor I have started. Please, check out the crowdfunding site for a media organization which tells stories about abuses in family court, child protective services, probate, wrongful convictions, along with other stories told be whistle-blowers and other truth tellers.