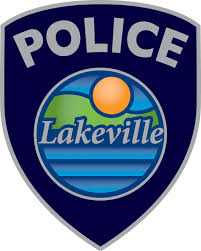 I just received this email from Jeff Long, the so-called Police Chief of Lakeville Minnesota.


Any future emails addressed to any Lakeville Police Department employee will now be blocked.


Any data requests must be made, in person, at the Lakeville Police Department. We will not accept any email or phone requests from you.


Our department will not have any discussions with you over the phone.


If you are the victim of a crime, or have emergency while in Dakota County, call 911. That call will be received by the Dakota County Communications Center in Rosemount. They will


dispatch Police Officers, from the proper jurisdiction, to you. You are not being denied police services.


I don't know why he blocked me; all I did is send him and others an email with the document below attached, with this note,

You all definitely picked the winning horse and there is absolutely no evidence (you are not willing to cover up) of David Rucki being violent.

Requested Reports (3) by on Scribd


The only cop who should fear me is a corrupt one.
Posted by mike volpe at 7:32 AM