On Slam the Gavel

Posted by mike volpe at 2:49 AM No comments:

The Immigration Stakes In Georgia

Posted by mike volpe at 4:12 AM No comments:

On With Dan Proft and Amy Jacobson on WIND

Find the article here.
Posted by mike volpe at 3:35 AM No comments:

Check Me Out on Modern American Slave

The link is here.

Posted by mike volpe at 5:05 AM No comments:

The Roots and Reach of Critical Race Theory

The article is here.
Posted by mike volpe at 5:04 AM No comments:

Is he the worst judge in America? I make my case.
Posted by mike volpe at 9:15 AM No comments:

Indiana Woman Being Gaslighted by the System 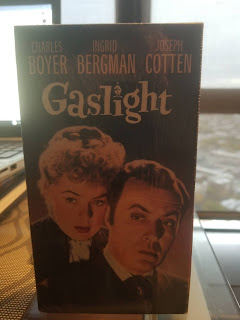 Noreen "Rene" Connolly is being gaslighted.

Noreen lives in Cedar Lake, Indiana, a town of nearly thirteen thousand people and about 140 miles northwest of Indianapolis. In other words, it's not the setting one would expect for such a story.

Her ex-husband has a documented history of stalking and abuse; she was attacked in her home in 2017 and her home was set on fire in 2019.

Despite this she has been blamed and suspected, the incidents have been used against her, to take away her kids and other things.

Below is a temporary order from March 6, 2019, from the judge in the case, Thomas Hallett, using the fire, and her being suspected, as a reason to temporarily take her kids.

In it, the order states, "The Court finds that an emergency exists due to the fact:
A) That Wife's residence burnt down on March 2, 2019.
B) The circumstances of the fire are under investigation
C) Wife does not have a permanent residence
D) Wife has previously made statements concerning her desire to burn down
the home.
The order continued, "Husband shall have temporary physical custody of the minor children...Wife shall have parenting
time as agreed for three hours in duration to be exercised in a public place agreed upon by the parties."
I asked Rene if she feels gas-lighted.
"Yes, I do," she responded.
I have described gaslighting as "driving someone crazy and then calling them crazy."
A more formal definition is, "an increasing frequency of systematically withholding factual information from, and/or providing false information to, the victim - having the gradual effect of making them anxious, confused, and less able to trust their own memory and perception."
Gaslighting, for those who don't know, is from the famous 1944 film Gaslight starring Ingrid Bergman as a woman
driven to madness by her husband. Here is one scene.
Connolly's ex-husband has a rap sheet which goes back at least to 2016 when he was charged with invasion of privacy.
In that case, Connolly's ex-husband continued to send threatening text messages to her cell phone even after she got a protective order.
I sent an email to Russell Brown, the attorney who represented Connolly's ex, but Brown did not respond.
Below, is one police report which led to the charges.

Her ex-husband's harassment would continue long after he was charged.

Despite all this, the couple initially shared custody- 50/50- when the divorce started in December 2016.
That continued until Rene found herself with a zip tie around her neck in her home in June 2017.
Rene told me she woke up with this zip tie around her neck; the investigation proved fruitless and no arrests were made. The police report is below.

Department of Child Service became involved and remarkably, on a temporary basis,  Rene's ex received temporary physical custody while Rene received supervised visits, much like what will happen in 2019 when her house was set on fire.
By the end of 2017, 50/50 was restored, after DCS cleared Rene.
Then, on March 2, 2019, Rene's house was set on fire.
She told me she was just entering the bath tub when she smelled smoke and raced out of the house.
Witness statements taken at the scene, confirm this, as neighbors describe her running half naked out of her house.

Here is what a neighbor described, "{the neighbor} could hear screaming and things
breaking.
"When {the neighbor} went outside he saw Noreen Connolly running around wrapped in a
blanket."
Still, police immediately drew suspicion to Rene. First, her ex-husband, who
happened to arrive as officers and fire also arrived at the scene, suggested
that Rene had previously threatened to set the house on fire.

"In this e-mail, dated February 28th, 2019, it was discussed that there have been monthly NIPSCO bills over $1000.00 for the last couple of months at the house, mostly due to electric usage." The police report stated. "This pointed out that the house is heated by gas, so the furnace shouldn't be the cause of the high electric bill. This e-mail also talks about the possibility of recent domestic violence incidents between Noreen and her daughter. The e-mail also talks about Noreen making threats that she was going to burn down her home."

Police also suggested that Rene was uncooperative. "Noreen Connolly was not talking to anyone and would not answer any questions, even basic questions like possible occupants of the house...Noreen again refused to discuss with Chief Nick Majer and referred then to having a lawyer present."

Rene told me she was in shock and remembers little of that night.

I reached out to Cedar Lake Police Chief Bill Fisher. While acknowledging the email, Chief Fisher did not provide a formal statement before this was published. Chief Fisher was not the chief when these events occurred.

With suspicion drawn to her, the judge- whose name again is Judge Thomas Hallett- was driven to act in an emergency fashion with the temporary order I already showed.

The fire was then investigated by the Indiana Department of Homeland Security (IDHS). Report here.

After months of investigation IDHS came to no conclusion: saying the cause of the fire was undetermined.

IDHS did not comment on this investigation, but did provide me with an explanation of what falls under undetermined and other categories.

In December 2019, the judge issued his final order. It is below, but largely mirrors the temporary order.

The judge exhibited all sorts of bias, if you ask Rene; that's certainly what a judicial complaint she filed stated. That's below.

I reached out to Judge Hallett's chambers but received no response. I also reached out to Mindy Heidel, Rene's exes divorce attorney but also received no response.
Besides that, the case featured two Guardian ad Litem (GAL), the court bureaucrat who is supposed to represent the child's best interest (which is already the court's job).
They are: Jill Miller and Julie Ann DeMange.
Dr. Jill Miller, of Northwest Psychological Services, has several letters behind her name: Psy.D., HSPP, LCAC, according to her website.
Meanwhile, DeMange is an attorney practicing with the law firm, Tanzillo, Stassin and Babcock.
Miller did not respond to my email, while DeMange did answer a call but refused to answer any questions, citing strict privacy rules- which there are- about all she'd confirm is that she was a lawyer.
It is interesting that Miller is a psychologist while DeMange is an attorney but both are qualified to be GAL's.
I asked DeMange about that as well, but she politely told me this  was research I could do on my own.
According to the Indiana government website, "Indiana law requires the appointment of either a guardian ad litem or a trained court appointed special advocate in abuse and neglect cases. Moreover, if a child becomes the subject of a petition to terminate the parent/child relationship and the parent objects, the court shall appoint a guardian ad litem or CASA for the child. In addition to the abuse and neglect cases, Indiana law allows for and Indiana courts are now frequently appointing CASA volunteers in custody and paternity cases."
The program merely requires certification, according to the Indiana government website.
According to the website for the law firm, Cohen and Malad, here is what's required to become a GAL.
"A Guardian Ad Litem (GAL) is an attorney or trained volunteer appointed by the court to represent a child’s best interests in cases involving juvenile delinquency, child abuse, or neglect. In many of these cases, the court has determined that a Child in Need of Services (CHINS) needs a neutral representative that can assess the situation and provide a recommendation to the court.
"People who serve as court-appointed GALs must go through a thorough training process before they can volunteer. GAL training consists of education on a variety of topics such as the identification and treatment of child abuse and neglect as well as early childhood and adolescent development. One portion of the training also includes information related to how the attorney GAL represents children."
One interesting tidbit, according to this legal website, is that Indiana law defines a GAL as a "volunteer", but I doubt either DeMange or Miller were doing this for free.
In fact, throughout the country, lawyers, psychologists, and social workers, make a great living being appointed a GAL to cases.
Indeed the same website, states in Indiana, "Indiana law allows the trial court to assess the Guardian Ad Litem’s fee against one or both child’s parents.  The fees vary from county to county.  Some counties, such as Hamilton County, Indiana, have programs that are funded by the county or grants that will pay for the GAL.  But even in those counties, the parties may be required to reimburse the Guardian Ad Litem for their work.  Or the Court can require the parties to pay a user fee."
Both Dr. Miller and Ms. DeMange recommended that Rene's ex be awarded physical custody; GAL recommendations are supposed to weigh heavily in the judicial decision making process.
Post Script
This is the last of four articles I'm doing in conjunction with a new organization entitled FIRST4. FIRST4 hopes to build software which would make activists aware whenever a child is taken by CPS anywhere in the US because the first four hours in the system are the most critical. The first article is here; the second article is here, and the third article is here.
Posted by mike volpe at 3:06 PM No comments: